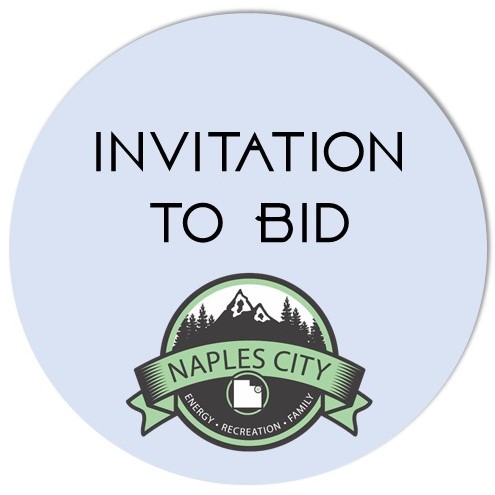 Received bids will be presented to the City Council at their regularly scheduled meeting held on August 22, 2019.

A pre-bid conference will be held on on August 6th at 9AM at the Naples City Offices.

This is a mandatory pre-bid meeting.

·        Build a dormer style above the entrance to divert the snow and water to the sides.

·        Two bids:  One as explained above.  Second bid to include one regular sidewalk and one heated sidewalk.

·        Arches in breeze way; Install rock on the outside and inside the arches.

·        Wall texture on the inside of the breeze way arches to be the same as the other textured walls. The arch that was a doorway to be enclosed with rock.

·        North end on east and west sides; to be done with rock removing the arch design on these walls. And making a straight design around the windows.

2 trees moved to another spot.